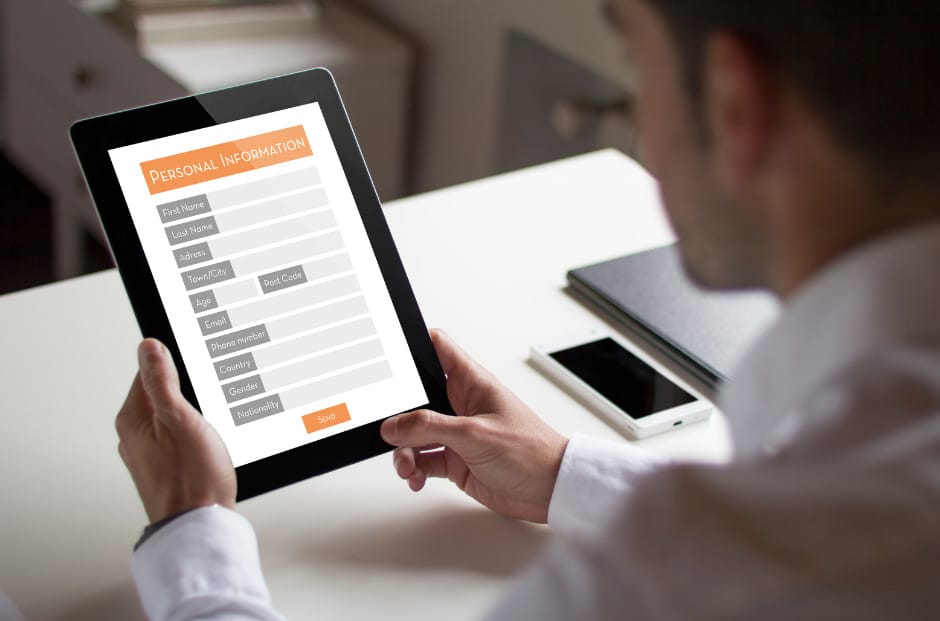 Do you want to keep your patients living in the past? If you’re still asking your patients to fill out printed patient forms by handing them a clip board and pen in your office, you are sending them back to the past. Maybe you’ve thought about converting to secure online patient forms, but you’ve likely had several reasons why your answer was always: “Nah, we’ll just keep doing it the way we always have.”

Here are some reasons you’ve likely come up with and the counter reasons on why it’s time to jump into the digital age!

Yes, electronic signatures ARE legal, and they work on a phone, tablet, or computer using a finger, stylus, or mouse.

2. “The patient still has to bring in their insurance cards, driver’s license, medication lists, etc., so why go the electronic route for the forms?”

It’s very simple to take a picture of your insurance card, driver’s license, or any other document and attach it directly to the form. A lot of the time it’s even easier on a phone.

3. “How can anyone possibly complete forms on a tiny cell phone?”

Online web forms (not PDFs) are responsive, which means they will retain their font and field size, regardless of the device the patient is using.

4. “The new forms won’t match what we’ve always used, and the doctors and staff will flip out if the information is in a different place.”

Good news: the form that the patient sees and fills out looks completely different from what you will get in return. They get a user-friendly version, and you get back the same version you’re used to in a PDF format!

5. “I’ve seen those build your own form programs. They say they’re simple, but I don’t have time for that.”

Not all form building companies make you do it yourself. That’s not your job.

6. “I don’t trust the security of electronic forms.”

This is something you should always ask for proof of before committing to a tool. Online forms should be fully HIPAA compliant, and they should also be completely ADA accessible.

7. “We already have forms though our EMR, so we don’t need a new system. Even though we hate the forms our EMR makes us use because they’re totally different than what we were used to using.”

There are always more things you want to ask your patients that your EMR doesn’t think are necessary. But your providers do! Your EMR forms are supposed to save everyone time, but sometimes they end up taking up more staff time instead.

They’re not as expensive as you think! And how much are you spending on paper and stamps? How many hours are your staff spending dealing with paper forms? Time = money!

Do they? There will always be some, and it’s fine to still offer paper forms for them. Most patients are expecting online forms today.

The bottom line is this—patients never want to fill out forms, but they have to. But with secure online patient forms, patients only have to see the questions that apply to them. Your forms will be much smaller and less overwhelming because of what’s called conditional logic. If someone doesn’t have secondary insurance and they select “no”, they will never see the questions about secondary insurance. Shorter forms make people less likely to give up or quit midway through. There’s an actual name for that, which is from abandonment. You likely receive partially filled out forms every day, which really isn’t very useful.

Along with these conditional fields, you can also have any number of required fields, which also ensures that you will get all the information you need. Another way to annoy your patients less as they fill out forms is to have duplicate fields automatically filled in. Again, the more annoyed they get, the more likely they are to abandon the form.

So, it’s time to leave the past where it belongs and look ahead to the future, where your patients and staff will be much happier! MedCycle Solutions works with medical practices to improve their processes, which often means establishing new digital tools.

The Form Team will build or rebuild your forms into people-friendly, logically organized, secure webforms that you’ll be proud to display on your website.

Written in partnership with The Form Team.